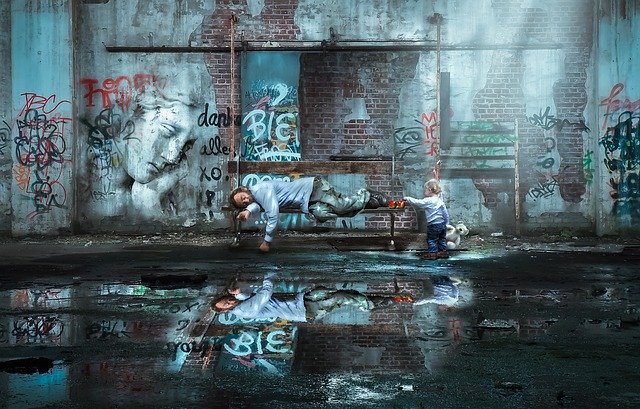 As the New Year approaches we look ahead with a mixture of hope and trepidation: what does 2020 hold for us as a country, as families, as individuals, as schools workers? Whilst none of us knows what the future will hold, we are facing a time of huge change and it can be easy to feel fearful about this and fear can have a big impact on our mental health.

Mental health awareness is higher perhaps than ever before with more celebrity figures talking about their struggles, and the national programmes like Mental Health First Aid and the Every Mind Matters campaign launched for Mental Health Awareness Week in October 2019.

If we spend any time with young people it can feel like they are all struggling with some emotional upheaval and of course in actual fact they all are. As adolescents they are going through such a key time of development that when they emerge from this time their physiology will have changed almost beyond recognition. We used to think that brain development was complete in the early years of life, however with advancing technology in the last 15 years it has been possible to scan the brain during activity and this has revolutionised our understanding of brain development, particularly the teenage brain. In adolescence the brain is much more reliant on the limbic system, resulting in strong impulses that often translate into risk-taking behaviour. For adults these impulses are curbed by the pre-frontal cortex which regulates risk and in particular gives the ability to consider another person’s point of view, however in the teenage brain the pre-frontal cortex is not yet developed so their ability to weigh up risk and consider other people is very limited. It has also become clear that the period of adolescence covers a much wider age range than perhaps has been traditionally considered. A definition of adolescence given by neuroscientists is ‘period of life that starts with the biological, physical and hormonal changes of puberty and ends at the age when an individual attains a stable independent role in society’.  What we need for our children and young people is for them to reach this secure and independent role in society, mental health problems can make it feel like they might not get there, it can appear that mental health problems are all around us: 1 in 4 will struggle in our lifetime; 1 in 8 5 – 19yr olds report having mental health problems including anxiety disorders and depression. However, it is possible to overcome these problems that often first occur in the teenage or pre-teen years.

Human beings are built for community, for compassion, to communicate and be heard, to give and receive love and attention but we seem to have lost our way in this. With communities fractured by fear, isolation follows and brings with it a collective malaise of mental illnesses. In this way many of the mental health struggles we are seeing are exacerbated by austerity. That’s not to say that there’s a magic ‘fix’, that if only people would just ‘decide’ to be ‘better’ then they would be. Mental illness is not something you can just decide not to have, and indeed it is the implication that to be human is to not struggle, to be able to decide not to be ill, which keeps those who suffer from speaking up. But when we look at the causes of mental illnesses we are looking at a collection of events in childhood and adolescence that change the wiring in the brain: bereavement and survivorship; neglect; hostility in the family home; vulnerability in housing among others. When we look at these events we see a pattern: poverty. Where a family has one adult who has escaped an abusive relationship, is working two jobs but still have to rely on foodbanks because the 3 kids are in school, the rent needs paying as does the credit card debt that was run up by the previous partner in both their names, this increases the likelihood of there having been hostility at home, of neglect of one or more of the children, of a vulnerability to their living situation that the single parent has to deal with. This will have an impact on the mental health of the children as well as the parent. Those children have increased likelihood of developing a range of habits that are unhealthy and will need intervention from health and social care professionals as they go through the different stages of their life and of course they will also be more likely to repeat the same pattern as their parents.

What’s the antidote? There are no quick fixes but there are things that will help:

As Schools Workers we can do our bit by looking out for the child who is withdrawn or isolated for whatever reason, drawing them into conversation or activity gently; we can listen to conversations and notice what’s actually being said; we could talk to the staff in the schools we go into and ask whether there are any pastoral issues to be aware of in the class(es) we’re dealing with that day. We can pray for the school including the staff and the children (be careful about confidentiality if this is done publicly); we can get informed about ways to approach small group work with children who are struggling and we can be aware that those children or young people who ‘act out’ are probably doing so because they have a need.