WARNING: Spoilers! I have tried to be vague but there are huge spoilers for anyone who hasn’t yet seen all the episodes and wants to.

If you’d told me, back in 2008, that I would cry as much as I would laugh or be in awe of a bunch of films about superheroes, I’d have thought you were way off. Actually, I do cry at everything so maybe not but I certainly did not expect to be so emotionally invested in characters like Thor, Iron Man, Vision and Wanda Maximoff.

The genius however of the MCU is how everyone involved in the building of this universe has created a world which explores and amplifies the whole gamut of human emotions, including pain, self-doubt and, this latest offering, WandaVision, is an astonishingly vivid and visceral study of traumatic grief.

Wanda (played by Elizabeth Olsen breathtakingly well) lost her soulmate Vision (Paul Bettany in one of the best roles I’ve seen him in) in Avengers: Infinity War, at her own hands and at his request and, of course, in order to save humanity. There is so much death in these films as the Avengers and friends save the world and universe over and over again, so it’s really refreshing to see a whole miniseries devoted to one woman’s grieving the death of her soulmate.

Tanya Marlow, who writes a lot about suffering here, has spoken about there being two layers of grief during these pandemic times, Grief with a capital ‘G’ to describe the loss of loved ones, and grief with a small ‘g’ to describe the loss of experiences and a life put on hold. If this is the case then Wanda’s grief is spelled in all caps G R I E F. It is gut wrenchingly, searingly powerful, quite literally in Wanda’s case.

Who among us has not wished, longed to bring someone back for a time? Who has not been so caught up in grief and longing that they have refused to carry on with life as normal?

I am constantly surprised by the occasions when grief has gripped me and how the world keeps on turning, the sun shines, the rain falls and people around us carry on as if nothing has happened despite my own sense of self being shipwrecked by loss.

WandaVision shows us the all encompassing nature of grief. It’s up close and personal with a woman whose pain is etched into everything in her world. As the miniseries enfolds and Vision himself begins to look for a reason, expecting something sinister, we the viewers realise that although there is a plot to harness his power and weaponise it, that very much feels like a sidenote to the actual story. Wanda’s power is slipping out of her control as her trauma spills out with every glitch.

As her power is revealed to be supernatural and due to a much anticipated twist to her own story, we learn how much pain and trauma Wanda is carrying, we see her make some heart breaking decisions about how she wants to live and we hear from Vision in their final moments together

“I’ve been a voice without a body, a body but not human and now a memory made real. Who knows what I might be next”

“You are my sadness and my hope. But mostly you’re my love”

WandaVision is a glorious lament, a piercing song of agony and grief so many of us can sing along with in these pandemic times. 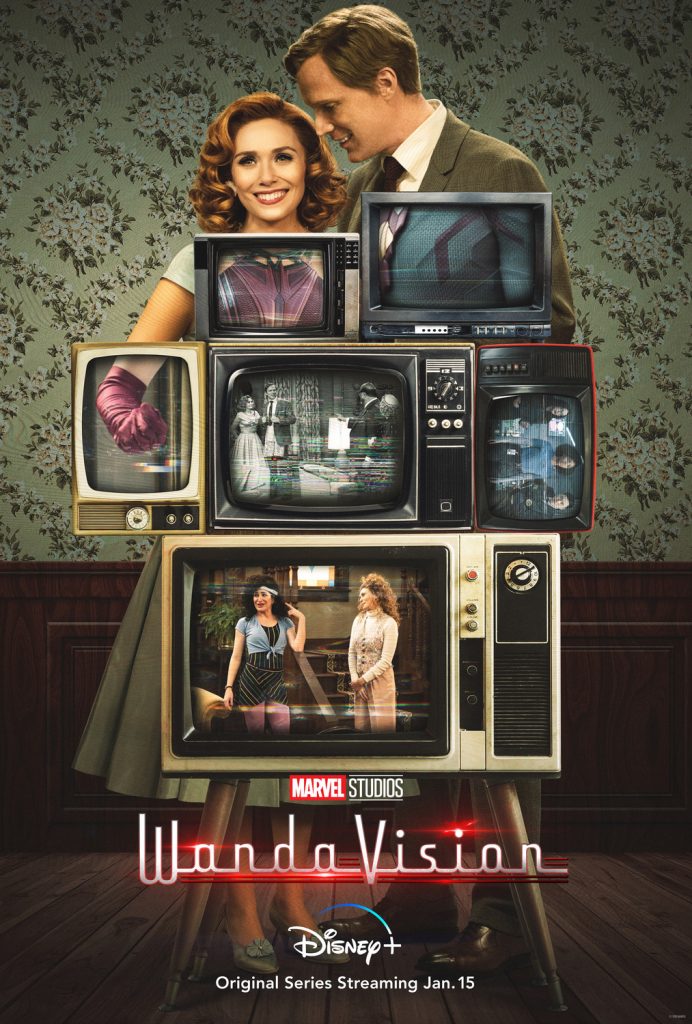